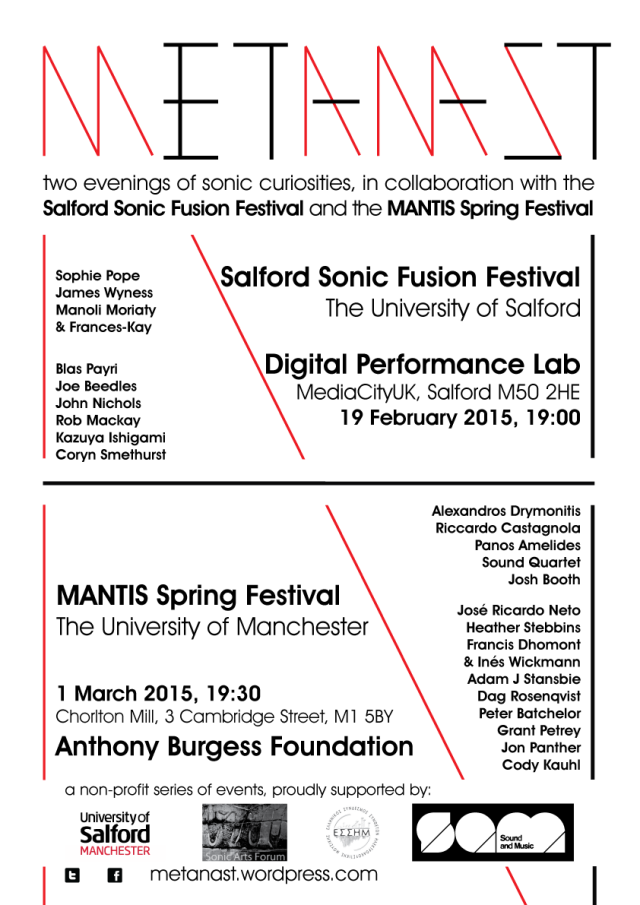 Metanast is grateful to festival managers Stephen Davismoon and David Berezan for the invitation, Manos Sarantides and Marta Niemyjska for theri excellent recordings and video of both concerts.

Audio from the MANTIS concert has been broadcasted on Eastside 89.7 FM, curated by Jon Panther, and will be soon available for free download.