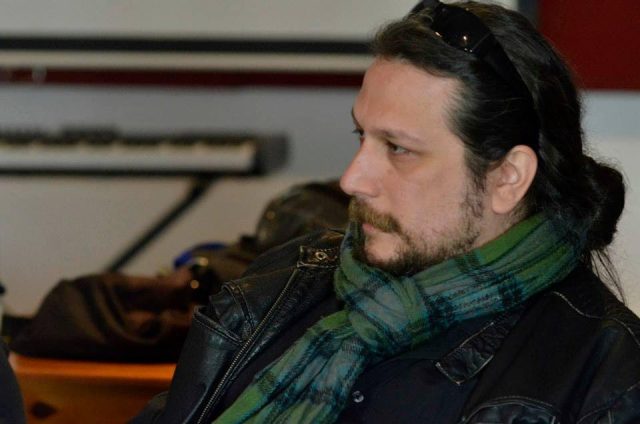 Nikos Stavropoulos was born in Athens in 1975. He studied Piano, harmony and counterpoint at the National School of Music and Nakas conservatoire in Greece. In 2000 he graduated from the Music Department of the University of Wales, Bangor where the next year he was awarded an MMus in electroacoustic composition studying with Dr. Andrew Lewis. In 2005 he completed a PhD at the University of Sheffield Sound Studios with Dr. Adrian Moore specialising in tape composition in stereo and multi channel formats, as well as music for video and live electronics.

He joined the Music, Sound & Performance Group at Leeds Beckett University in 2006 and is a founding member of the Echochroma New Music Research Group, a member of  the Irish, Sound, Science and Technology Association (ISSTA) and the Hellenic Electroacoustic Music Composers Association (HELMCA).