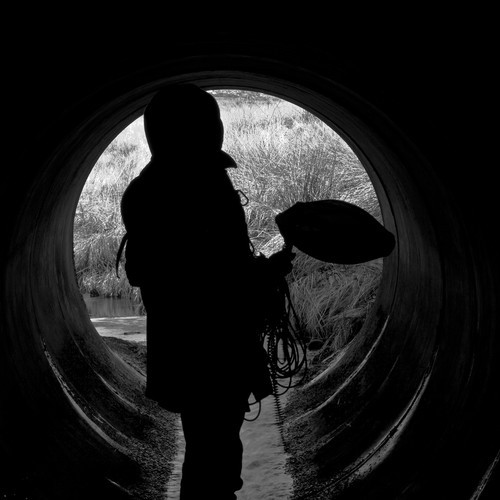 Coryn Smethurst is a composer, improviser, multi-award winning wildlife recording engineer, philosopher, photographer and film maker.  He gained his MA in Philosophy and Visual Arts from Essex University and his PhD on the Philosophy of Music from Warwick University.  His piece Birthday Picnic on the Mudflats – A Postcard From My Childhood was featured on the Sonic Postcards CD.  His work has been performed in Europe, America, Australia, Canada and Asia.  He has collaborated with the visual artists Duncan Marshall (‘Black Sun Bloody Moon’ for percussion, fixed media and slides) and Dave Griffiths (‘Symbolic Exchange and Death’ and ‘Some Late Turners’ for film and fixed media).  He has also set up several installations, most recently in the Penthouse Gallery (Manchester) and Manchester Museum as well as providing the sound material for Ewan Stefani’s Type-writer installation at Leeds University.  As a keen vocal improviser Coryn recently led a workshop on field recordings and improvisation.  He chaired the in/from the out sound art conference held in Manchester.

He is the co-founder and administrator for the Sonic Arts Forum (SAF) (https://www.facebook.com/groups/sonicarts/). SAF organises meetings which provide a platform for practitioners to introduce their works to their peers in an informal environment, in addition to staging concerts and promoting the work of UK based composers.